The Advantages of Using Adobe After Effects

Adobe After Effects is a component of the Adobe Creative Cloud. This highly functional software program is used to create and edit videos, offering various uses, from computer animation and special effects to presentations, internet content, and video creation.

It’s a popular choice for video professionals, amateurs, and hobbyists, thanks to its quality production, a wealth of functions, and versatility across operating systems; both Windows and Mac OS work swimmingly with After Effects.

The program is even utilized by many top TV and movie post-production professionals, creating stunning animation, special effects, and visual editing. However, for benefits does it offer for the average video content creator or everyday user without Hollywood-worthy skills? Let’s take a look at the notable advantages of After Effects.

Content creators and marketers can benefit from high-quality visuals and videos when using After Effects. It’s an incredibly powerful tool for creating and showcasing high-end motion graphics, which can bolster video content and marketing efforts. Whether content is user generated for sharing on platforms like YouTube or for release on streaming channels like Hulu and Netflix, this program is perfect for its creation and editing.

Users can make their video content look stunning and even more effective by utilizing the program’s light and camera features. Similar to how photo-editing software can brighten or darken an image, create an artificial light source, or add filter effects, the same can be achieved with videos, thanks to After Effects.

After Effects works with a huge variety of plugins that can enhance the user experience, offer more functions, and improve video production quality. Ultimately, there are far too many to list – but many of the best After Effects plugins, which are listed here, transform the program tenfold.

Sometimes, the background of a video isn’t ideal for the scene. With After Effects, that’s not a problem; users can easily change the background with the program’s Chroma Key Cutting feature. This function works similarly to how people can change an image’s background in Adobe Photoshop and other similar editing programs.

After Effects’ visual shortcut editor enables users to create shortcut keys and customize how they use the software. The shortcuts can easily be viewed and changed through the program’s keyboard user interface. The personalization of these shortcuts is useful while editing and creating videos, as users can access features and tools with a few easy keystrokes.

After Effects boasts a tool that enables users to make motion graphics and highly interactive animations with data files. This feature lets users add animation to compositions by importing JSON data files into the program. JSON is a flexible file format that facilities real-time data collection from various sources. People can use the data in these files to generate animated visuals, such as sliders, graphs, figures, and other moving imagery.

Motion tracking is no longer limited to expert video producers and Hollywood film directors. Everyday users can now track motion in video and edit it by using After Effects’ motion tracking feature. This function can offer visually interesting results and adds a layer of authentic, cinematic movie quality to a video. 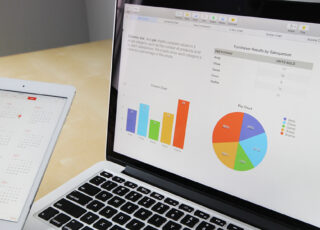 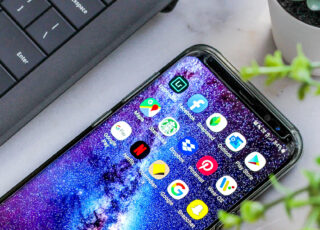 Why You Should Use Mobile Apps For Social Media Management

END_OF_DOCUMENT_TOKEN_TO_BE_REPLACED

How Can SEO Help With Inmate Searches Online?