The IT industry is enjoying a boom, which comes as no surprise to most people. Considering the fact that technology is driving so many trends and industries today, it’s only natural that jobs in IT are growing. According to the numbers, the tech industry was the largest sector in the United States in 2018 and contributed an incredible $1.6 trillion to the economy. Furthermore, the job trends show that careers in new age technologies grow on average by 27% each year.

What this means to people looking to get started in an exciting career filled with opportunities is that the IT industry is the one you want to have your eyes on.

Here are three tech jobs that you may have never considered but could be the ‘perfect’ job for you.

So, there’s a good chance you are reading the job title and wondering exactly what a reputation defender is. ReputationDefender is actually a company that has been created to offer digital and online reputation privacy solutions for its wide range of clients. With offices in Silicon Valley, Arizona, and the UK it is able to serve more than one million users worldwide. You’ll be working to take control of the spread of its client’s personal information, and the way that their reputation is viewed by the public.

If you are working as a reputation advisor, you’ll need to have skills in SEO, social media, be well versed where online privacy is concerned, and have excellent problem-solving and analytical skills.

With all the attention on drones as of late, and how they may soon be the premier way for delivery services to provide packages to their customers, the role of a commercial civilian drone operator has suddenly popped up. Think of services like Amazon Prime Air, where drones actually deliver the packages to their customers. Clearly, Amazon will need operators who know what they’re doing and are extremely accurate with their drone operation.

So, while this is a career path that isn’t exactly booming right now, it is certainly the way of the future.

When virtual reality was first released, it was huge, it made ripples all around the world in terms of tech circles. The problem was that it wasn’t attainable or realistic for the everyday consumer thanks to pricing and the equipment needed. Today, the world of VR has changed, and it is no longer just eyeing the gaming industry.

VR tech is being used in all kinds of industries, in particular the health care industry. Many believe its full potential is nowhere near being realized yet, which means there is a whole lot of job growth potential that exists where VR engineers are concerned.

Each of these career paths in the IT industry could prove to be an exciting option for you to follow, especially considering the growth they are all experiencing. 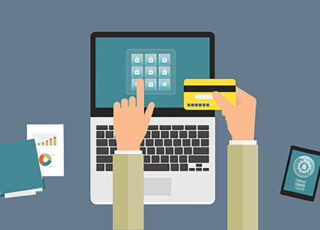 Why You Should Use Online Banking 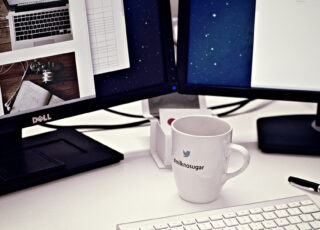 Warning: If You Disavow Links, You Could Be Doing More Harm Than Good