Why You Should Learn Python

It has never been easier for curious people to learn how to code. There are a number of websites and other free resources that teach people how to code in various languages. It’s possible to learn enough about a language to use it professionally simply by using free resources.

But with so many languages out there to choose from, it can be hard to select one language to dedicate your time to. Learning a programming language isn’t something that will happen overnight. You can expect to be able to put together some basic code within a few hours, but you want to choose a language that will hold your attention for the long-term.

Of all the languages out there, Python is one of the most versatile and one of the most accessible. It’s an excellent language to learn for those who have absolutely no prior coding experience whatsoever. There are many different factors that affect the best choice of language for your needs. Python has numerous advantages over other languages for many applications, although it is less well suited to others. However, learning Python can be useful to most professional programmers, regardless of the specific field they work in. Let’s take a look at some of the key advantages that Python offers over its competitors.

To those who don’t know any programming at all, looking at code is like looking at another language. With even a little experience, you will find yourself able to pick out little snippets of code in most languages and make an educated guess as to what is going on. Python is especially good for new programmers because the code is highly readable.

This means that, even without any prior coding knowledge, most people can work out what simple lines of code are doing. For example, if you saw the following line of code:

You could probably deduce that it is a line of code setting a variable called ‘name’ to ‘Alice’. Readable code is code that reads a bit like our everyday language. Of course, it isn’t quite how we speak – we would say, “My name is Alice”, not, “My name variable is set to Alice” – but those who are proficient at math in particular can usually work out what’s going in with readable code.

Highly readable code doesn’t just benefit the newcomers to a language, it also makes identifying and fixing code bugs and errors much easier. No matter how experienced you are as a Python developer, you will inevitably run into trouble at some point with unexpected bugs and errors. When this happens with your more advanced code, you will be very thankful that Python makes it so simple to identify where these unexpected errors have occurred.

One of Python’s biggest selling points is its versatility. This is a language that can be used to solve challenges in a number of different areas. For example, Python can be utilized for object oriented and structured programming. In addition, it supports various concepts that are used for functional and aspect-oriented programming problems.

Meanwhile, Python also supports things like automatic memory management and a dynamic type system. Python can be deployed in a variety of environments and will excel in all of them. It caters just as well to experienced professional programmers as it does to beginners who are looking to learn their first language. You can click the following link if you are wondering ‘What is Python used for?’

Compatible with Many Major Platforms and Systems

Versatility involves more than simply being able to use a language for different tasks. Most languages can be used to accomplish just about any task, it’s just a case of how difficult it is and how much you need to hack around the limitations of the language. True versatility requires that code can be deployed on a variety of different platforms and used with many different types of system.

Python is what’s known as an interpreted programming language, meaning that the same code can be run on multiple platforms without the need to recompile it. If you are looking to develop applications that can be used across different types of systems and platforms, Python is an excellent language to choose. This makes working collaboratively much easier because code can be sent back and forth between developers without the need to recompile it every time.

Wide Range of Modules in the Standard Library

Python’s standard library contains a robust range of modules for developers to utilize; there’s something to facilitate the development of just about any type of program or application you could think of. Each module enhances the functionality of your code and allows you to complete some complex tasks with relative ease.

No matter the scenario in which you will be deploying your Python code, there will almost certainly be a module that can be used to make the development process easier. Be sure to have a thorough look online when you are planning a new piece of software or block of code. It’s always worth looking to see if there are any relevant modules that you can utilize.

Python is an open source programming language. This means that it can be significantly cheaper to develop using Python because there is no need to pay any licensing fees. The range of modules, libraries and frameworks that are available can further reduce your development costs by allowing you to accomplish more in less time and with less resources.

If you are considering learning a programming language, Python is an excellent one to choose. It doesn’t matter whether you are a complete novice who has no programming experience or you are an experienced developer who is looking for new horizons to explore, Python should be one of the first languages that you consider. No matter what your end goal, Python can almost certainly help you get there. Look online today to discover where you can learn Python for free. 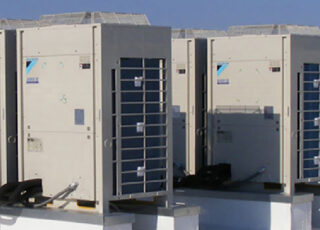 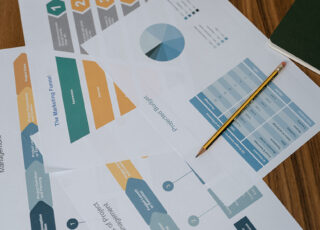 9 CRM Platforms to Grow Your eCommerce

END_OF_DOCUMENT_TOKEN_TO_BE_REPLACED

Guide To Saving Money On Insuring Your Business

END_OF_DOCUMENT_TOKEN_TO_BE_REPLACED

Here Are Some Wonderful Spots About Stirling

END_OF_DOCUMENT_TOKEN_TO_BE_REPLACED

How can programmers properly rest?

END_OF_DOCUMENT_TOKEN_TO_BE_REPLACED

50 Letterheads with Extended License - Only $14 ht