CSS variables, also known as CSS custom properties, expand the script-like functionality of CSS into something that resembles a programming language.

If you’re at all familiar with any type of programming language, you know that variables are the foundation of any action. Variables are set, compared, altered, and saved throughout the program as the means of its functionality. And while the addition of variables to CSS hardly makes it into Swift or C++, but it’s a step in that kind of direction.

Despite leaning towards a programming language, CSS seems reluctant to give the programmer full flexibility with these variables. They’re similar to local variables within a scripting language, mostly just expanding your overall reach without fundamentally changing the language’s paradigm.

Essentially, CSS variables allow you to set a property once and then reuse it throughout your stylesheet. For example, you can have a variable called --brand_color which specifies HEX, RGB, or HSL values for your client’s branded red color. Then, you can grab that variable whenever you want that color just by referencing the variable name. If you’re unfamiliar with how variables work, you can imagine this functionality like “find and replace” in Word. Every time the CSS processor encounters a variable name, it takes the associated property from the variable declaration and replaces the variable’s name with that property. It’s essentially a shortcut to grabbing more complicated properties. If you’ve ever worked with CSS pre-processors, you’ll recognize that these are basically the variable-like functionality of pre-processors like Less and Sass imported into the main branch of the CSS language.

The variable name must begin with two hyphens (–) and is case sensitive. There aren’t any other rules about syntax, but in general, avoiding spaces is a good idea.

The following CSS rule declares a custom property of global scope named --main-color, It has a value of the HEX color code #abcdef:

For global variables, there are the :root or body selector.

These variables both have the same effective scope. The variables below, on the other hand, have an ever-narrowing scope.

When the variable is called, it returns the value you supplied when initializing the variable. As what amounts to a typing shortcut, it basically replaces its own name with the values assigned to it at runtime. This permits us to also slot in different properties in different places, but draw from a palette of settings selected at the beginning of your design. As a result, you can more easily achieve consistency across a design. And, perhaps best of all, you can effectively mass-edit properties. By changing the initialized value of the variable, you’ll change the properties applied to any of the elements with that variable. You might think of it as changing a “theme” of the design rather than a single property.

We’ve used colors so far in our examples, but CSS variables can be used to call the values for any properties, including padding, size, and other properties.

You can also use the “find and replace” function of variables to include your variable’s value inside of the rest of a property declaration. For example,if you only specify the rgb channels in your rgba() color codes, you can then add the desired alpha value in context. This process is described below:

If you want to specify an alpha channel for your RGB and HSL colors only on certain elements, you can tack the alpha channel on from within the variable recall. You can see this in action below:

Variables can take the placeholder for just about any property. For example, the following example uses variables for both color and padding.

Here, the div and h2 elements both use the same padding, while the paragraph sets the text color from a different variable.

CSS variables are most useful when you’re declaring a set of default properties at the top of your style sheets. They’re great for building and altering important design elements in a unified way, or for allowing users to specify certain colors without a design for interaction with HTML5 and CSS3 alone. As of publication, CSS variables are supported by all major browsers except for IE 11 (but Edge does provide support). 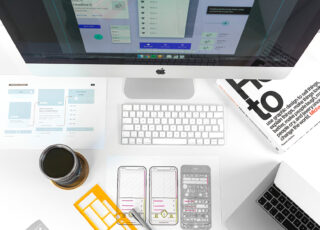 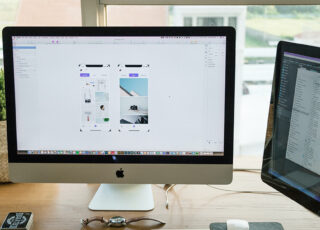