Do you have a brilliant product idea that keeps popping into your head? However, I’m not sure which technology or framework to use.

This guide to software development frameworks covers everything you need to know to understand the most popular technologies and frameworks better.

The development of creative and unique web applications is propelling the web and app development industry forward at breakneck speed. It provides users with an unavoidable experience. They’re all built on a dependable and scalable ‘tech stack,’ which is currently sweeping the custom software development agency.

Businesses must choose the right tech stack to boost revenues by delivering faster web development and an amazing user experience to clients. Are you curious as to how? Then, let’s get this started!

What is the MERN stack, and how does it work?

The mern full-stack development consists of front-end, back-end, and database components is a collection of robust and powerful technologies used to develop scalable master web applications. It’s a user-friendly full-stack JavaScript framework for creating dynamic websites and applications. That is why it is the most popular platform among entrepreneurs.

It is a document-oriented database that is open-source and cross-platform. It saves data in binary JSON format, which it saves using collections and documents. It also allows for a quick data transfer between client and server. The database is also used to store large amounts of data highly scalable.

It’s a lightweight and modular framework that aids in the development of scalable and robust web applications. It was designed to allow developers to create both fast and secure applications.

It is an open-source JavaScript library for creating user interfaces, most commonly for single-page applications. It allows you to reuse your code across multiple platforms. It is both quick and scalable.

It is a JavaScript runtime environment that is cross-platform and based on Chrome’s V8 JavaScript engine. In addition, Node.js can run JavaScript code outside of a browser, making it ideal for building scalable network apps. Node.js is popular among developers because it can be used to build without needing an HTML page and has its module.

Why Should You Use MERN Stack to Develop Web Applications?

While MEAN and MERN have some similarities, MERN is distinguished by a few key differences. When it comes to various web development projects, these differences make them much more impactful. The following are some of the characteristics that distinguish the MERN stack.

MERN Stack is the most reliable option for building high-quality web applications. The stack enables web applications and software development by utilising high-performance and custom technologies.

REST API is used throughout the MERN stack, including the front-end, back-end, and database. In addition, it serves as middleware, reusing it in other applications or mobile software.

Let’s check each component of MERN in detail.

MongoDB: A Document-Oriented Database that Runs on Any Platform

MongoDB is a NoSQL database in which each record is a document made up of key-value pairs that look like JSON (JavaScript Object Notation) objects. MongoDB is adaptable, allowing users to create schemas, databases, and tables, among other things. A primary key identifies MongoDB’s basic unit documents. Users can also use the Mongo shell once MongoDB has been installed. Mongo shell has a JavaScript interface that allows users to interact and perform operations (e.g., querying, updating, deleting records).

Why should you use MongoDB?

Express is a Node.js framework for back-end development. Rather than writing the code in Node.js and creating a slew of Node modules, Express makes writing the back-end code much simpler and easier. Express aids in the creation of excellent web applications and APIs. Many middleware’s are supported by Express, making code shorter and easier to write.

Why should you use Express?

The React library is a JavaScript library for creating user interfaces. Because of its ability to handle rapidly changing data, React develops single-page applications and mobile applications. Users can code in JavaScript and create UI components with React.

Why should you use React?

Node.js provides a JavaScript environment that allows users to run their code on the server (outside the browser). In addition, node pack manager, i.e. npm, allows users to choose from thousands of free packages (node modules) to download.

The following are the advantages of using MERN Stack for web development.

1. Versatile Code – React code is adaptable and can be used on both servers and browsers. As a result, MERN gives developers the freedom and flexibility to create pages on servers as needed.

2. Full-Stack – Developers can use full-stack functionality in only one MERN stack. It allows developers to work on both the front-end and back-end of a website. In addition, the MERN stack has a three-tier architectural pattern facility.

3. Open-Source – The MERN stack is free and open-source software. As a result, businesses can avoid the problem of proprietary licensing. It also aids the developer in avoiding the complexities of licensing the technology’s code. Along with it, developers have access to the MERN Stack tutorials and other expertly-produced articles.

4. Lower Development Costs – With open-source support, less learning time, and a simple setup, the development costs associated with MERN are significantly lower. Developers need to know only JavaScript and JSON to use the JavaScript stack. As a result, companies do not need to hire specialists for various technologies. In addition, developers will save time and money learning the technology because it only uses JavaScript.

In a nutshell, let’s go over all of the aspects of the MERN stack. The MERN stack is a mixture of technologies with unique features ideal for start-ups. It is a highly efficient framework for custom web application development. MERN is also scalable and adaptable. It has many features to help a developer develop faster and more smoothly. It includes several testing tools that aid developers in the development of applications. A lot of big brands now use the MERN stack. Uber EATS, Instagram, Walmart, and others are among them.

The MERN stack project provides an excellent user experience and is a developer-friendly app. These attributes combine to make the MERN a fantastic framework that efficiently meets all development requirements. We can also learn MERN online. MERN classes and tutorials are available on a variety of platforms. With all of these considerations in mind, we can use MERN to develop business applications. No need to waste time. Let’s have an experienced mern stack development company help you in web development. 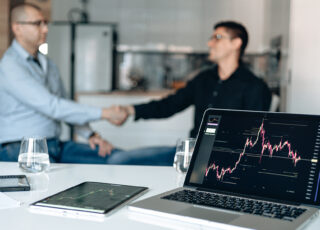 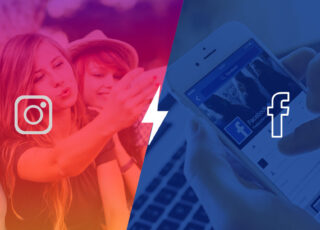 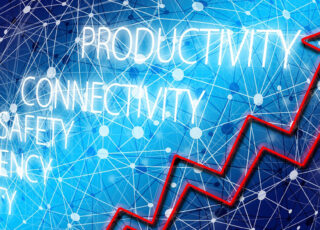 Top 5 Advantages Of Automating Processes For Businesses In 2021